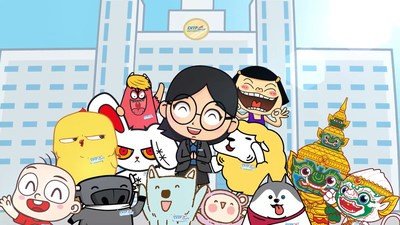 “Home Sweet Home”, a horror adventure video game, first released in 2017, is a global hit and continues to provide challenging and petrifying experiences to players in its season 3 in 2021. “Sea of Love”, an animation for kids, telling a story of friendship between a whale, a ray, a seahorse and a shark, is streaming on Netflix.  “Girl From Nowhere”, a mystery thriller drama series that became  a hit globally with its second season topping Netflix charts in Thailand, Vietnam and the Philippines, while ranking in the top 10 in Brazil.

These three successful titles have something in common: they are the home-grown creative products of Thailand, a country increasingly making its presence felt in the booming global digital content market.

The Thai government is targeting the digital content industry as one of the industries for promotion and expressed its intention to become  a digital content hub in ASEAN. Thailand’s digital content market is currently valued at US$2 billion, with video games representing the largest share with US$1.46 billion.

The country has long been recognized for the skills of its digital content creators and has become a major provider of outsourcing services for international projects.  The key competitiveness of the Thai digital content industry lies in the skills, discipline and service-mind attitude of its digital artists , it’s cost-effectiveness, as well as the rich creativity and cultural wisdom the country is known for.

The “Home Sweet Home” video game was created by Thai developer Yggdrazil Group, featuring horror elements drawn from Thai folklore. Its strength lies in its base on Thai culture, myths, and beliefs, said a game critic at COGconnected. The game is available in nine languages including English, German, Chinese and Japanese.

While the game industry is growing at a faster pace, the Thai animation industry has a longer history and is more rooted in the local cultural heritage.  The first Thai 3D animated feature film “Khan Khluay” (known as The Blue Elephant in the US), produced by Kantana Studio, was released in 2006 and became a box-office success, locally and internationally.  Its success has brought international attention to Thailand as a high quality animation production base.  The Monk Studio’s latest achievement “Sea of Love” is Thailand’s first Netflix Kids series, fulfilling its goal to introduce original content designed and produced by Thai talent for the world.

Thai series in the past decade have expanded to other Asian countries and beyond, partly due to the rise of streaming platforms. Thai dramas that became hits in other countries include Love Destiny, and My Husband in Law. “Girl from Nowhere” season 2 won the Best Asian TV Series Award at Busan’s Asia Contents Awards in 2021.

Critics expect the popularity of Thai series to continue to increase in the future, thanks to attractive characters, storylines, locations and their reflection of local culture. This goes to show that quality content with elements of soft power works well in the global arena. 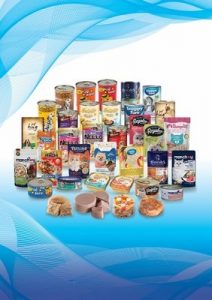 Today, a growing global trend sees pet owners becoming ‘pet parents’ and treating their dogs and cats as part of 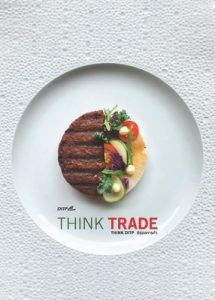 Thailand reinforces Kitchen of the World status with Healthier, Tastier Food of The Future

Thailand, a long-standing leading producer, and net exporter of food is gearing up to provide the world with volume and 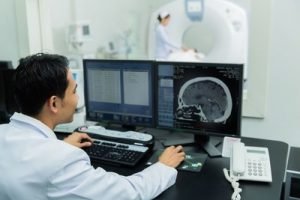